"We knew there was something else going on so he was referred to a geneticist."

I attended Parliament this morning to hear the announcement of the Government’s transformational plan to centralise healthcare and end the postcode lottery. This is a monumental change to the New Zealand health system and a great opportunity for inclusive and cohesive care for all. There was clear acknowledgment of increasing complexity of care, the fact there is insufficient data on specific populations and that current services were no longer serving the needs of all New Zealanders.

It is vital that RDNZ and our community continue to amplify the voice of people living with a rare disorder and their whanau and ensure this community is included in this reform.

This has been an amazing period of standing strong as a collective to raise our common ‘rare disorder’ voice for inclusion, fairness and recognition. With the strength of Sue Haldane and all the amazing people who share their personal journey or speak with leaders of our country, we are moving into a stronger position for true action and inclusion.

Thank you to everyone who was able to attend the petition handover at Parliament last month, our united strength was inspiring. A special thank you to Dr Buzz Burrell for being the MC at the event and spinning the Rare Roulette wheel.

The petition has been referred to the Health Select Committee and our collective will prepare a written submission explaining the issues and opportunities available to make New Zealand Fair for Rare.

Some other highlights over the past two months include meeting with Minister Little, completing a Ministry of Health Quarterly meeting on data and digital, attending the Mental Health Commission Launch and invitation to the Health and Disability Announcement.

RDNZ also has the potential of presenting to the Mental Health Commission, PHARMAC review panel and the Health, Wellbeing and Social Services caucus committee.

The more we are seen, heard and noticed, the more we must be included.

With that thought, I ask all those who can speak out about what it means to them to have a rare disorder in this country to do so and with solidarity we can dismiss the myths and barriers to gain true equity. 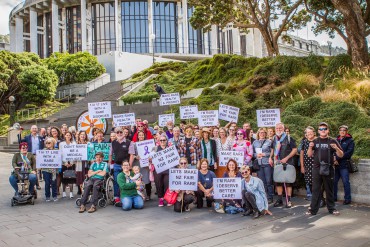 RDNZ’s collective petition calling for urgent reform of the health system to include all people living with a rare disorder was handed over at Parliament.

Supporters came from all over New Zealand to Wellington to join the call for a National Rare Disorder Framework. Sue Haldane, mum and advocate, fronted the petition for reform which gathered more than 8,200 signatures.

Sue and RDNZ CE Lisa Foster presented the petition to Dr Liz Craig MP on behalf of the 300,000 New Zealanders living with a rare disorder.

"A huge thank you to everyone who joined us at Parliament to show our government that Kiwis living with a rare health condition deserve equitable treatment," says Lisa.

"New Zealand lags behind most OECD countries in supporting those with rare disorders. It's time to take rare disorders seriously."

Meeting with the Minister of Health 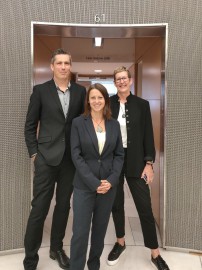 “Our meeting with Minister Little provided a fantastic opportunity to express the need for equity for people impacted by rare conditions,” says Lisa.

The fact that New Zealand is falling behind internationally was discussed along with the opportunity for solutions that other countries are already implementing – such as the Awareness and Education Pillar in Australia and the UK’s GP Education Programme.

“Minister Little stated he will get back to RDNZ regarding next steps so we aim to keep in close contact with his office,” says Lisa.

Rare disorders in the media 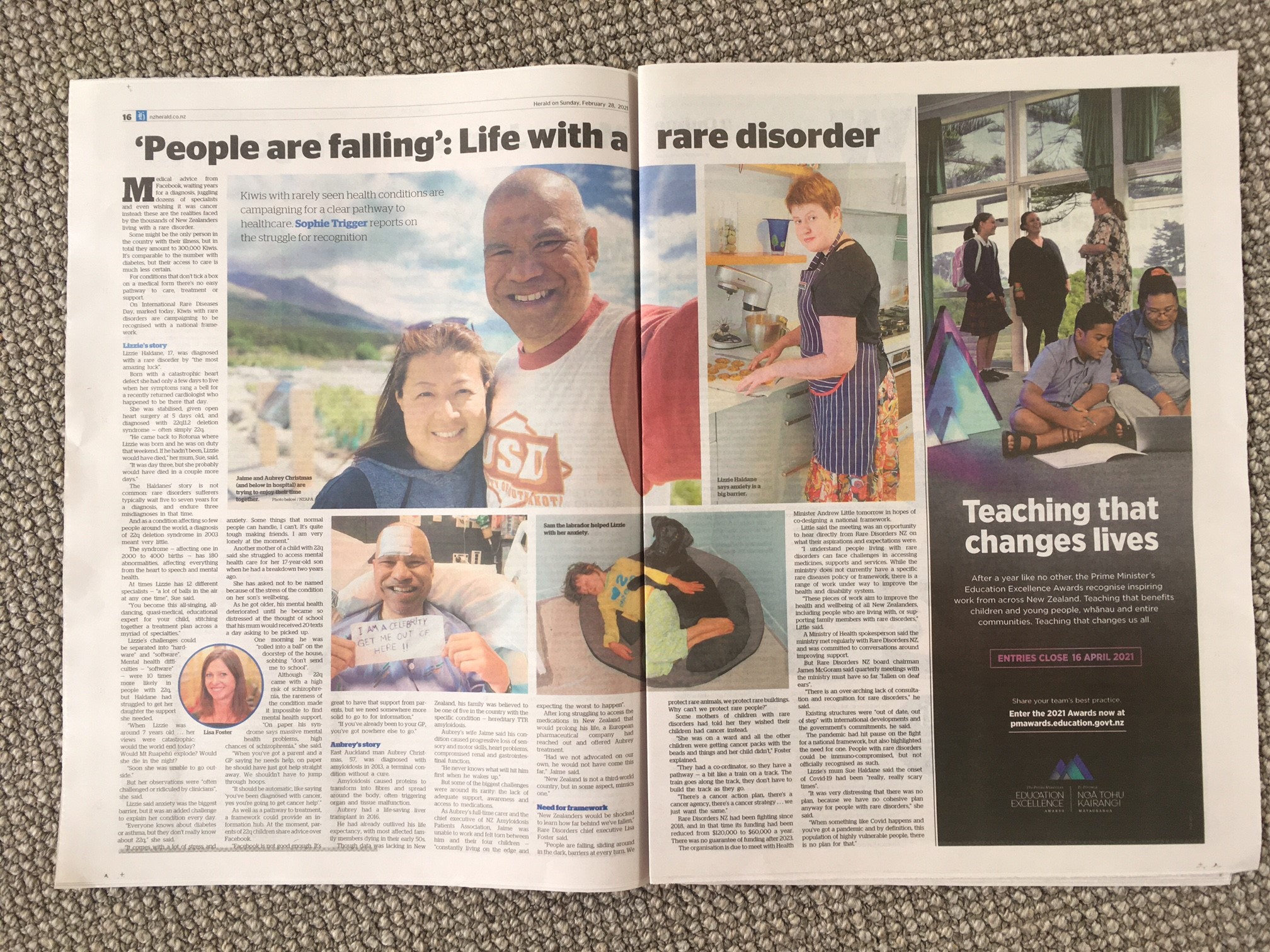 NZ Herald - Sliding around in the dark: What it's like to have a rare disorder in New Zealand 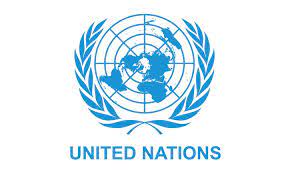 RDNZ's CE Lisa Foster and Chair James McGoram had a fantastic opportunity to contribute to a Rare Disease International Policy Event on a UN Resolution for Rare Diseases last week.

They were inspired by the solidarity and support from standing with our global rare disease community as well as UN Permanent Missions for France, Spain, Qatar, Thailand and Brazil.
Watch the video from James and Lisa that was played at this event to highlight the barriers faced by those with a rare disorder in New Zealand. 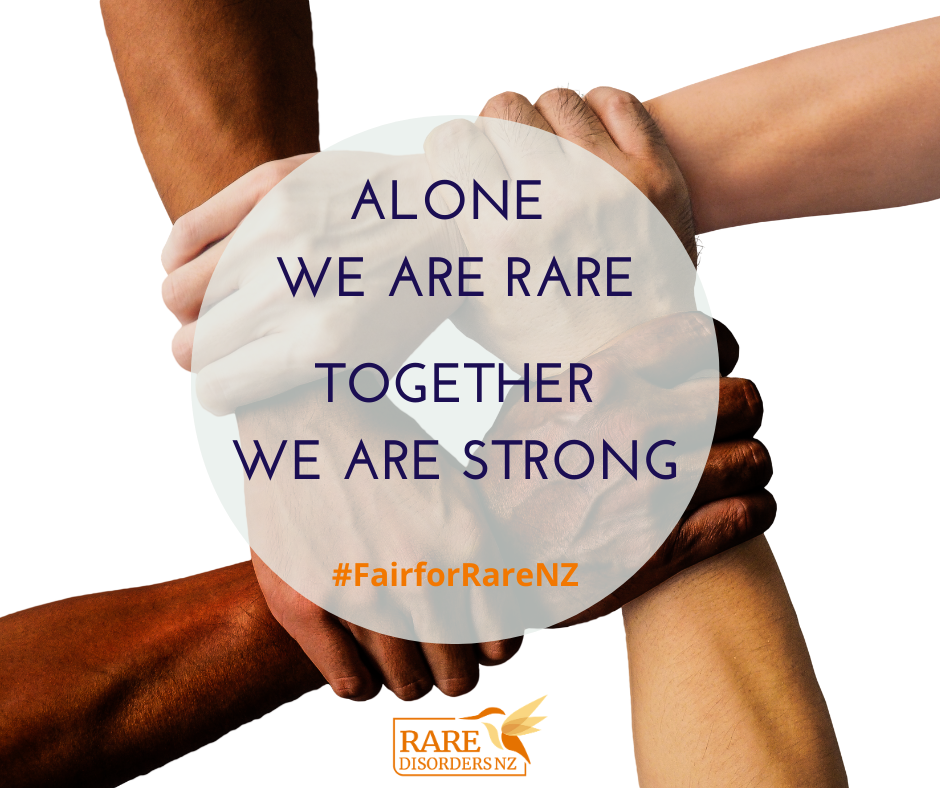 The petition has been formally presented at Parliament and has been referred to the Health Select Committee. Rare Disorders NZ will provide a written submission to explain the issues and solutions.

We will work with our collective of support groups to develop a plan for the next phase of the campaign.

RDNZ will be taking part in the Lie Down for Life, organised by Patient Voice Aotearoa, on behalf of people living with a rare disorder.

Please join us in Wellington on 12 May, or take part in another location around NZ.